The ninja have returned! Prepare to spinjitzu to the extreme, because the next season of the Lego Ninjago TV series starts July 18th, 2012… tomorrow! The four masters of spinjitzu, Kai, Jay, Cole, and Zane, have all unlocked their full potential, and have mastered their Spinjitzu powers! They have discovered the Green Ninja’s identity, defeated the Great Devourer, and saved the world of Ninjago again! As the ninja trained the destined Green Ninja, Lloyd Garmadon, will they be able to defeat the evil Lord Garmadon, who now possesses the four Golden Weapons of Spinjitzu, causing them to lose most of their elemental powers? Can they overcome the four united Serpentine tribes, and will they be able to train Lloyd? And will they be able to save the land of Ninjago once more? Find out in season 3 of the Lego Ninajgo TV series, starting July 18th, 2012, at 8/7 central on Cartoon Network! (NOTE: The Lego Ninjago: Masters of Spinjitzu movie, which was divided into 4 parts, is often considered season 1, causing the 13 previous episodes in the TV series to be the second season, and this season to be the third) 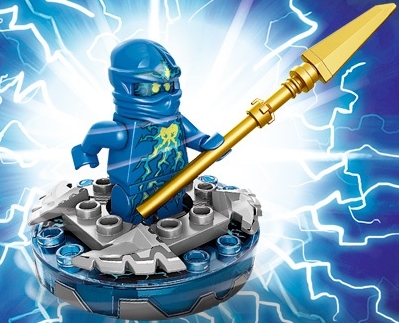